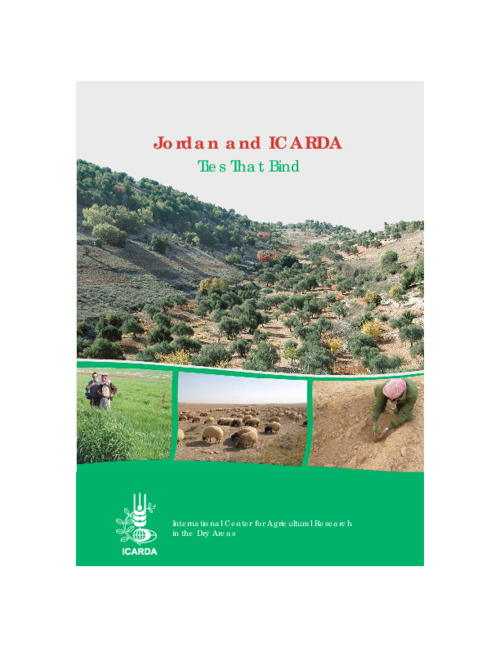 Collaboration between ICARDA and Jordan began when ICARDA was established in 1977. A bilateral agreement was signed on 27 October that year. The first Memorandum of Understanding (MoU) was signed with the Ministry of Agriculture, identifying NCARE as the focal institution. In mid-1989, ICARDA opened its West Asia Regional Program office in Amman, the capital of Jordan, to coordinate joint bilateral and regional activities with Cyprus, Iraq, Jordan, Lebanon, the Palestinian Authority, Syria and southern Turkey. Collaboration was developed through the years with many national institutions: the Faculties of Agriculture of the University of Jordan (UoJ), the Jordan University for Science and Technology (JUST) and the Universities of Mu'ta, Yarmouk and Balqa; the Higher Council for Science and Technology (HCST), the Jordan Cooperative Corporation, the Royal Science Society and the Agricultural Marketing Organization. MoUs were signed with JUST in 1988 (revised in 2004); with UoJ in 2005; and with HCST in 2007. The latter sought to strengthen collaboration with the Badia Research and Development Center (BRDC). ICARDA participated in a peer review of BRDC in 2004, which helped develop its new strategy and action plan.