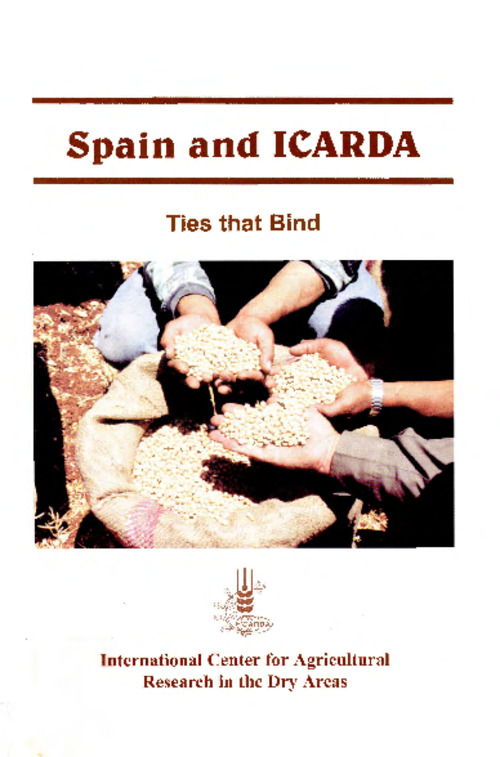 Links between ICARDA and Spain are long established. A glance at any map of the Mediterranean will help explain why both have benefited from this collaboration. Spain is an active member of the European Union but it is also separated geographically by just a handful of kilometers from part of ICARDA's mandate area—North Africa. In history, the connection has been even closer, both politically and culturally, when southern Spain came under the influence of the Arab world. Parts of southern and central Spain are remarkably similar in climate to some of the agricultural areas of Morocco. Farmers in many regions of southern and central Spain face similar ecological conditions to farmers in parts of Central and West Asia and North Africa (CWANA) where ICARDA works with national programs to improve bread and durum wheats, chickpea and farming systems. The main problem faced by farmers in southern Spain, WANA and Central Asia is unreliable and low rainfall. This means scientists in Spain and ICARDA are working towards similar goals. For example, producing new types of wheat and barley that can grow well even when rainfall is very low during the growing season. Because of those historical and cultural connections dating back over many centuries, Spanish cooking has evolved to employ many of the same principal ingredients used in food preparation in WANA. Both in Spain and in WANA food manufacturers and scientists are frequently interested in improving the processing quality of the same crops for similar end uses. One example is durum wheat for use as pasta.