Turkey and ICARDA - Collaboration in Agricultural Research since 1977 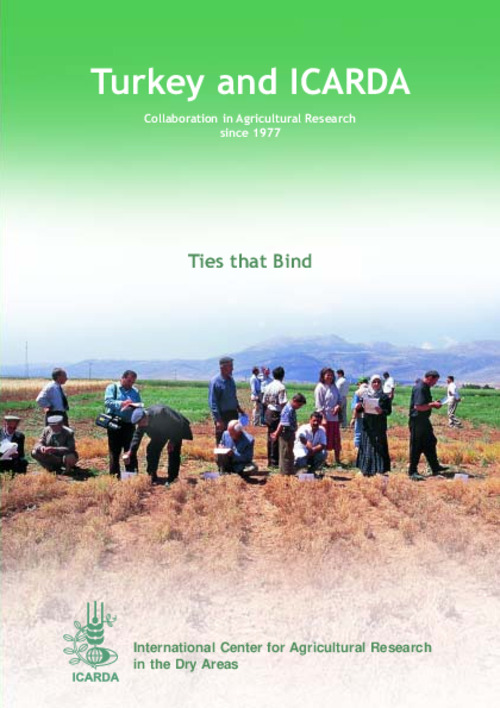 Turkey is located in the Fertile Crescent, an area in the Mediterranean region where, some 10,000 years ago, barley, wheat, lentil, pea, flax and vetch were domesticated—indicating the country's rich experience in agricultural production. Though the agriculture sector's share of GDP has been declining, it remains an important contributor to Turkey's exports including cereals, pulses, sugar, nuts, fresh and dried fruits, vegetables, and olive oil produced on more than 40 million hectares of arable land. Situated in Central and West Asia and North Africa (CWANA), ICARDA's regional geographic mandate area, Turkey has a subtropical, semi-arid climate with extremes of temperatures. In the east, summers are hot and dry, winters are cold, rainy and snowy. Along the coastal area, a Mediterranean climate is dominant with long, hot, dry summers and short, mild, rainy winters. Average annual rainfall is 643 mm, ranging from 250 mm in the southeast to more than 3000 mm in the north-east Black Sea area. About 70% of the rain falls in the winter and spring seasons. Thus, farmers in many parts of Turkey face similar agroecological conditions to those in other CWANA countries, making it valuable to share experiences and conduct collaborative research with ICARDA that benefits the entire region and beyond. Since its establishment in 1977, ICARDA has had a mutually beneficial collaboration with Turkey.