Managing Soil Salinity in the Lower Reaches of the Amudarya Delta: How to Break the Vicious Circle 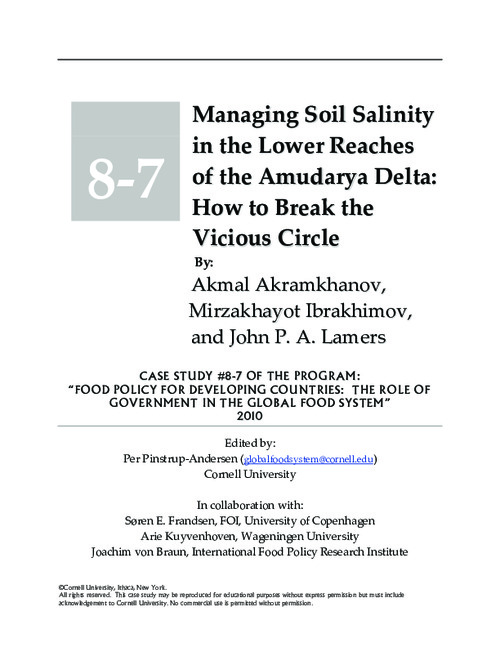 This case study focuses on the vicious circle of soil salinization: agriculture’s consumption of large amounts of water contributes to shallow groundwater, leading to recurring soil salinity, which in turn demands more water for leaching (flushing the salts out of the rooting zone). The situation is exacerbated when water is not available in sufficient amounts in time and in space. The seemingly stable present water flows in the major water source (the Amudarya River) since the major drought in 2000–01 is caused by increased glacier melting in upstream countries. This water supply in turn diverts attention from the strong need for improved irrigation and cropping practices. Efforts aimed at reducing the amounts of irrigation water use face the problem of the “devilish” vicious circle, which has not only technical but also financial and political dimensions