Drought management and planning strategies in semi-arid and arid agro-pastoral systems of West Asia and North Africa: A review 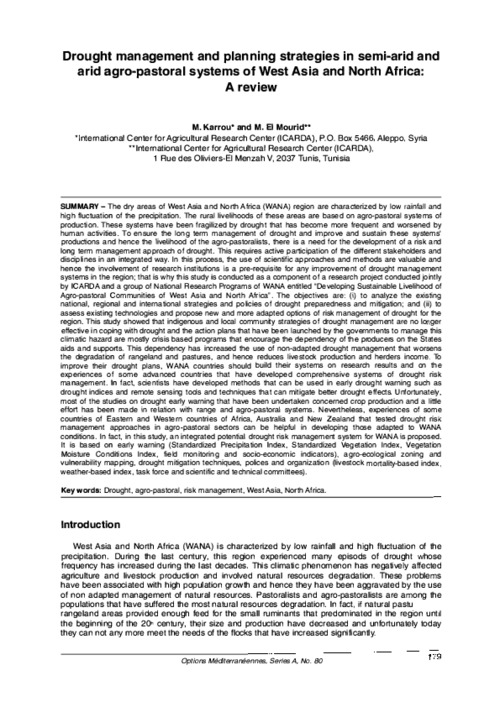 This study showed that indigenous and local community strategies of drought management are no longer effective in coping with drought and the action plans that have been launched by the governments to manage this climatic hazard are mostly crisis based programs that encourage the dependency of the producers on the States aids and supports. This dependency has increased the use of non-adapted drought management that worsens the degradation of rangeland and pastures, and hence reduces livestock production and herders income. To improve their drought plans, WANA countries should build their systems on research results and on the experiences of some advanced countries that have developed comprehensive systems of drought risk management. In fact, scientists have developed methods that can be used in early drought warning such as drought indices and remote sensing tools and techniques that can mitigate better drought effects. Unfortunately, most of the studies on drought early warning that have been undertaken concerned crop production and a little effort has been made in relation with range and agro-pastoral systems.