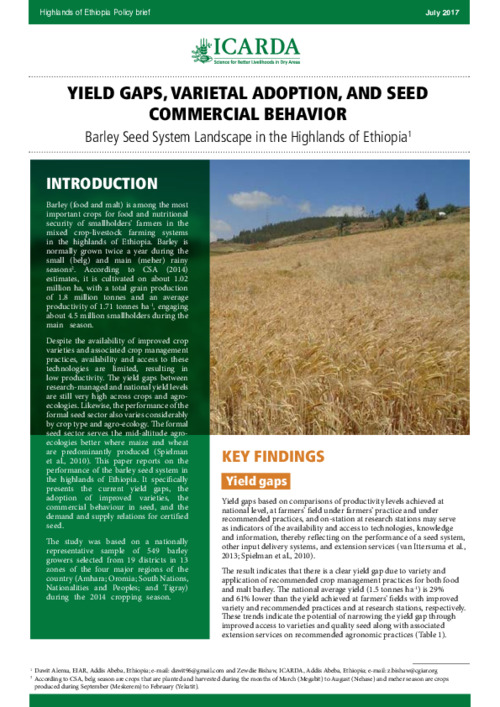 Barley (food and malt) is among the most important crops for food and nutritional security of smallholders’ farmers in the mixed crop-livestock farming systems in the highlands of Ethiopia. Barley is normally grown twice a year during the small (belg) and main (meher) rainy seasons2. According to CSA (2014) estimates, it is cultivated on about 1.02 million ha, with a total grain production of 1.8 million tonnes and an average productivity of 1.71 tonnes ha-1, engaging about 4.5 million smallholders during the main season.