Is nitrogen accumulation in grain legumes responsive to growth or ontogeny? 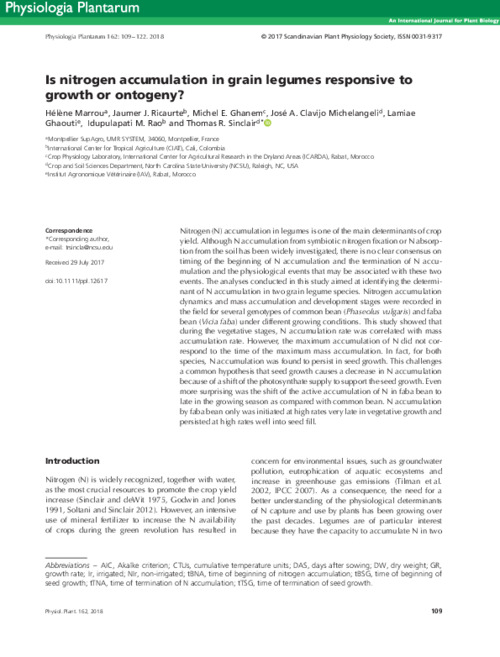