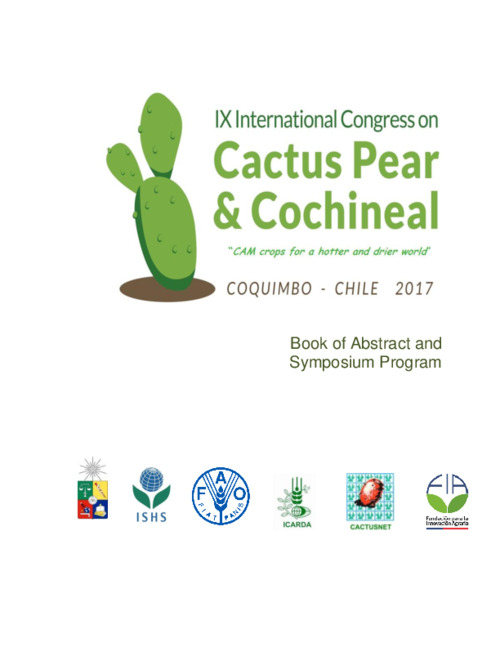 The area of rangelands in Tunisia is estimated at 4.5 million hectares, or 27.4% of the total area of the country. Currently rangelands contribute 10 to 25% of livestock feed requirements, compared to 65% in the sixties, reflecting the important rangeland degradation and loss. The latter is estimated at about 6,100 ha per year. The area of rangelands affected by severe erosion is estimated at 1.8 million ha. Direct factors are responsible for the loss / degradation of rangelands as rangeland cropping, illicit wood collection, overgrazing and climate change. Among the underlying causes of rangeland degradation are mutations of pastoral systems, the complexity of the land tenure, inappropriate development policies and regulations. A national strategy of rangeland rehabilitation was launched by the Tunisian Ministry of Agriculture in 1990 and included among others shrubs (Atriplex, Acacia) and spineless cactus (Opuntia ficus-indica) plantations at large scale. This strategy is implemented by the Office of Livestock and Pasture (OEP) focusing on private rangelands and following an innovative approach. A contract is established between OEP and farmers where the role of each partner is clearly specified. OEP provides the cactus pads and the equivalent of 70 $ US per ha as incentives to cover costs related to planting. This amount is given under the form of improved technologies such as urea treatment of straw, feed blocks etc. In addition, OEP provides technical assistance to farmers. As soon as planted the plot is put under rest for 3 years where grazing is banned; farmer is committed to protect and to take care of the cactus crop including supplemental irrigation if needed. Depending of the climate aridity, cactus is planted in rows spaced 5 to 15 m and 1 m between pads. Thus the planting density varies between 1000 and 8000 pads per ha. From 1990 to 2016, 142,000 ha of rangeland have been improved used spineless cactus. Non improved rangelands produce 0.2 to 0.5 tons dry matter per ha as feed. After cactus plantation, the feed biomass increases to 6 to 12 tons dry matter per ha. In addition to this significant increase if forage production, other benefits should be included such as fruit production for self-consumption or sale, reduction of soil erosion, improvement of biodiversity, shelter for wildlife, and carbon sequestration.