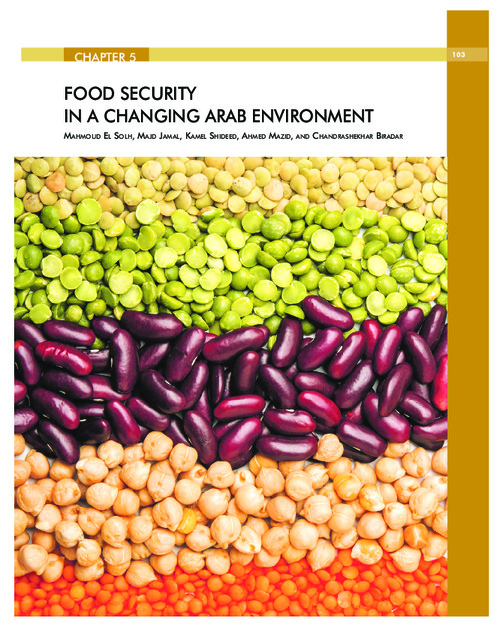 The Arab region has the largest food deficit in the world, due to the strained natural resource base and vulnerabilities to climate change implications, which put tremendous pressure on achieving food security. During the last ten years a number of Arab countries have been facing challenges in environmental changes and political instability in the region. These changes and developments include high rate of population growth; natural resource degradation; serious climate change implications; wars and civil strife; and migration. These developments negatively impact sustainable agricultural growth and food security. The Arab world is the only region in the world that is currently experiencing an increase in hunger (FAO, 2015). The number of hungry people in the region has doubled from 16.5 million people between 1990 and 1992, to 33 million people between 2014 and 2016. The proportion of undernourished people has also increased from 6.6 to 7.5 percent during this same period, and the number of stunted children is high in countries like Egypt, Iraq, Sudan and Yemen. In the region as a whole, anemia affects one third of the population, particularly children, pregnant women and women of childbearing age. The rate of obesity in Kuwait and Egypt is among the highest in the world. Considering their diversity in economic terms and in agro-ecologies, the Arab countries have different adaptive capacity to cope with various challenges to enhance sustainable agricultural development and food security (World Bank, 2014). Despite this diversity, the Arab world has substantial potential to enhance food security at the regional level and to considerably reduce the growing gap between food production and consumption through the exploitation of agricultural potential and regional collaboration.