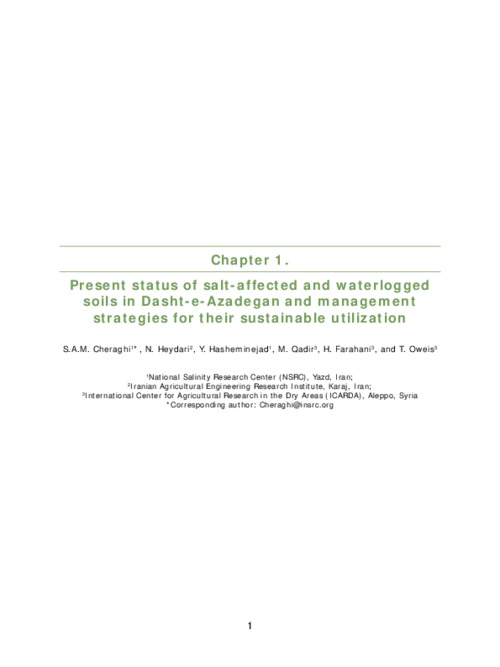 Salt-prone land and water resources are major impediments to the optimal utilization of crop production systems in many arid and semi-arid regions of the world, including Iran (Alizadeh et al. 2004; Moghaddam and Koocheki 2004). The salinization of land and water resources has been the consequence of both anthropogenic activities (causing human-induced or secondary salinity and/or sodicity) and naturally occurring phenomena (causing primary fossil salinity and/or sodicity) (Ghassemi et al. 1995). The main cropping systems in the country are based on irrigated agriculture where at least 50% area (4.1 Mha) fall under different types of salt-affected soils (Cheraghi 2004). Therefore, the dependency on irrigated agriculture is at stake in areas where salt-prone land and degradation of water resources has increased over time.