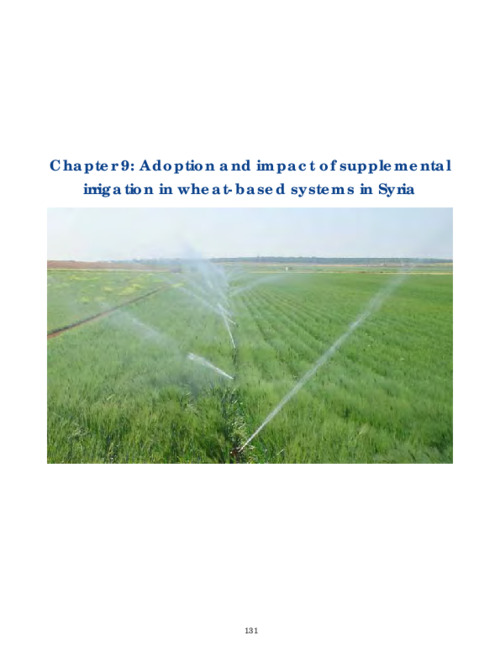 Agriculture in Syria depends on a wide base of varied natural resources extending over five agro-ecological zones differing in total precipitation, soil structure, and water resources such as rivers, springs, dams, and groundwater which supplies water for about 851,000 ha (61% of the total irrigated areas). However, precipitation is considered as the main source of the water needed to establish the widespread rainfed system of agriculture, which occupies 70% of the cultivated area in Syria.