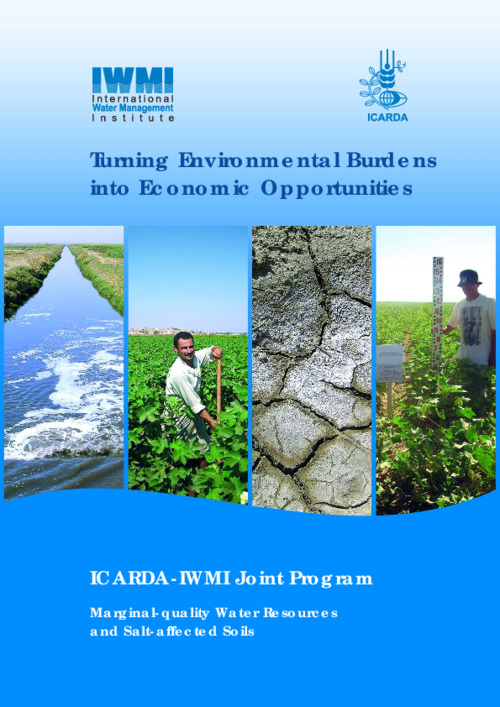 Analysis of the global water cycle yields some encouraging numbers, with annual per capita renewable water supply about 7000 m3 (7 million liters). However, some countries have as little as 500 m3 per capita, with periodic extreme shortages. Clearly, the world's freshwater resources and population densities are unevenly distributed. Considering current demographic trends and future growth projections, as much as 60% of the global population may suffer water scarcity by the year 2025. In addition to water scarcity, water quality deterioration is expected to intensify in resource-poor countries in the dry areas, due to human activity and the increasing possibility of extreme events as a result of climate change. Saline water intrusion is projected to intensify due to sea level rise in coastal zones as well as salt-induced soil degradation and water quality deterioration in arid and semi-arid regions as a result of mismanaged irrigation. Households and industries will generate increasing volumes of wastewater as more people move to urban areas. In addition, increased frequency of severe rainstorms will increase the amount of chemicals that run off from farms and urban areas. These predictions suggest the availability of greater volumes of marginal-quality water in the future. In order to narrow the gap between freshwater demand and supply, water-scarce countries will have to increasingly rely on marginal-quality water resources for crop production, agroforestry, and aquaculture.