Towards Appraising the Impact of Legume Research 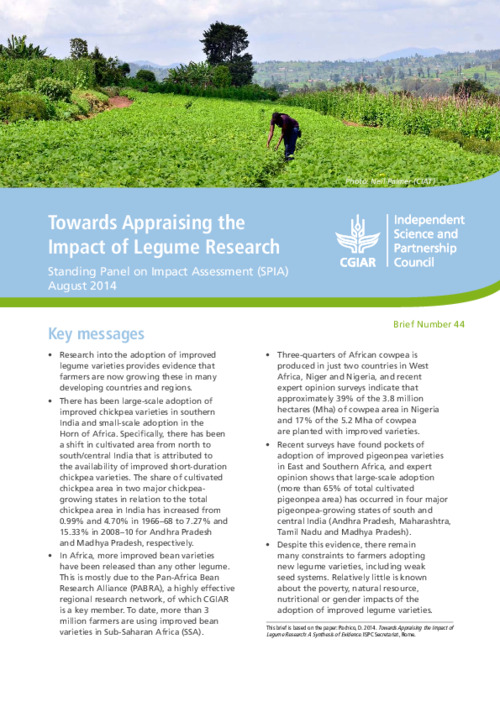 This Impact Brief (No 44) is based on the Legumes Synthesis Report that documents the most important cases of farmers adopting new varieties, and the economic, social and environmental impacts of legume technologies developed by CGIAR in collaboration with national agricultural research system (NARS) partners. It reviews research results from over 30 adoption surveys conducted in more than 20 developing countries (primarily the Diffusion and Impact of Improved Varieties in Africa i.e DIIVA study data), which provide evidence that farmers are growing improved legume varieties in many regions. This was one in a series of ex post impact assessments of CGIAR research that examined thematic areas which, up to 2010, had not been properly evaluated but for which anecdotal evidence suggested considerable impact.