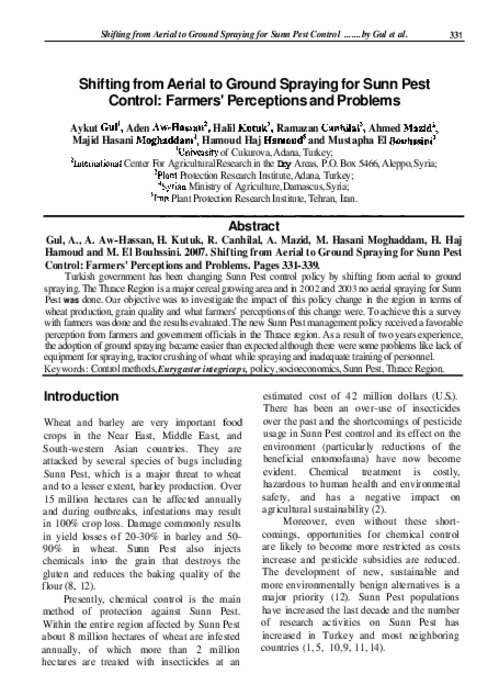 Turkish government has been changing Sunn Pest control policy by shifting from aerial to ground spraying. The Thrace Region is a major cereal growing area and in 2002 and 2003 no aerial spraying for Sunn Pest was done. Our objective was to investigate the impact of this policy change in the region in terms of wheat production, grain quality and what farmers' perceptions of this change were. To achieve this a survey with farmers was done and the results evaluated. The new Sunn Pest management policy received a favorable perception from farmers and government officials in the Thrace region. As a result of two years experience, the adoption of ground spraying became easier than expected although there were some problems like lack of equipment for spraying, tractor crushing of wheat while spraying and inadequate training of personnel. Keywords: Control methods, Eurygaster integriceps, policy, socioeconomics, Sunn Pest, Thrace Region