Impact of grazing on soil, vegetation and ewe production performances in a semi-arid rangeland 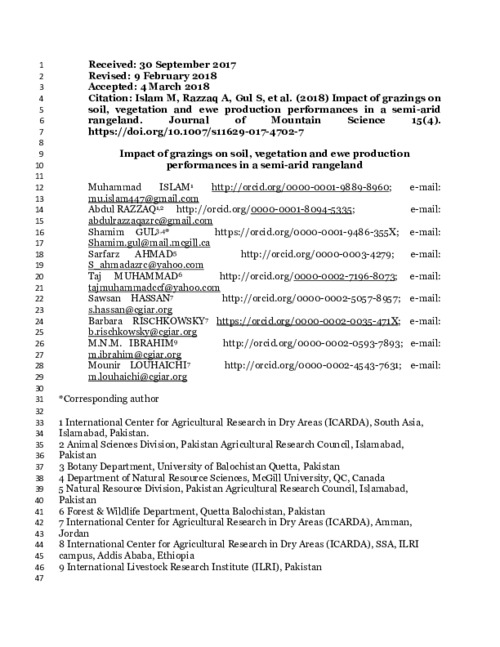