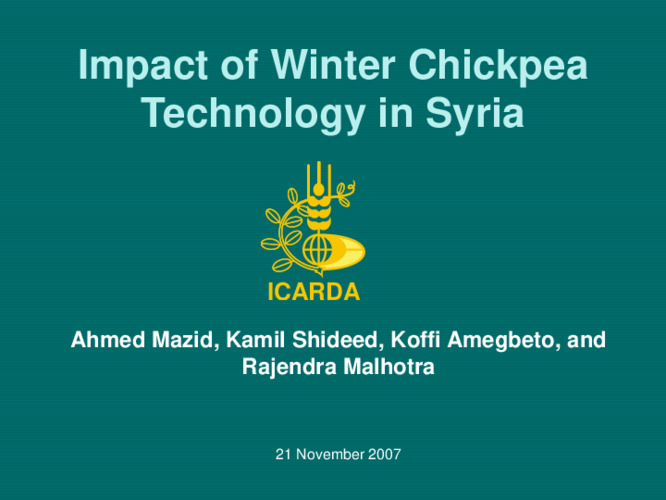 In Syria, chickpea (Cicer arietinum L) traditionally is sown during spring on conserved soil moisture and its productivity is constrained mainly due to terminal drought and vascular wilt. The farmers plant chickpea in spring if sufficient rainfall has taken place during winter months to ensure successful spring planting. Since pressure on land is increasing, the economic benefit can get from spring chickpea is declining relative to other crops in the farming system, therefore, the area and production was not stabile.