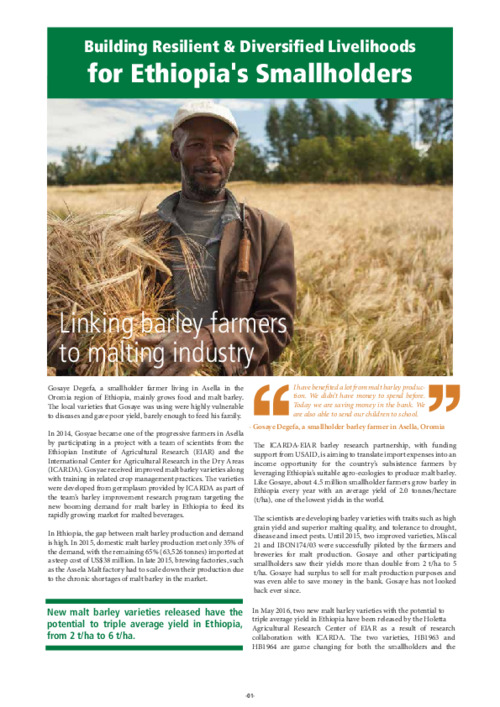 In Ethiopia, barley is grown by over 4 million smallholder farmers on close to 1 million ha, producing 1,953,385 tonnes annually (2015). In 2015, domestic malt barley production in Ethiopia met only 35% of the demand. The shortfall of 63,526 tonnes was imported at a cost of $38 million. The new malt barley varieties have thrown open the doors for the barley farmers to tap into the malt beverages market.