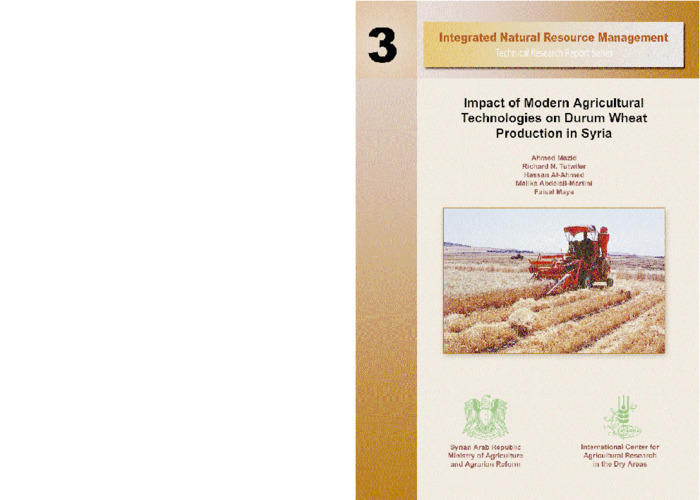 Wheat is the most important food commodity in Syria, since it is a substantial source of energy and protein in the local diet. During the period 1991-1995, the annual average area planted with wheat was about 1.5 million hectares, which is equivalent to 27% of the total cultivated land area. In Syria, wheat is grown in areas that range from wet to very dry. The country was self-sufficient in wheat 40 years ago. Expansion of the area cultivated with wheat allowed Syria to be a net exporter of this crop until the 1950s. However, growth in domestic demand, due to a population increase that was not accompanied by an increase in either wheat yield/ha or in area under cultivation, has meant that Syria no longer produces a surplus. Wheat and flour, therefore, have become the most important agricultural imports. In terms of its self-sufficiency in wheat, during the period 1985-1989, Syria produced about 72% of its total domestic requirement. Since 1990, however, there has been a shift in agricultural policy in Syria. New focus is being placed on enhancing the productivity of both durum and bread wheat through the use of high-yielding varieties, chemical fertilizers, and pest-control measures suited to local conditions. Irrigation infrastructure has improved, extension and credit institutions have become available, and farm mechanization is being encouraged. Consequently, wheat production in Syria has exceeded demand since 1993.