Central Asia, the Caucasus and ICARDA 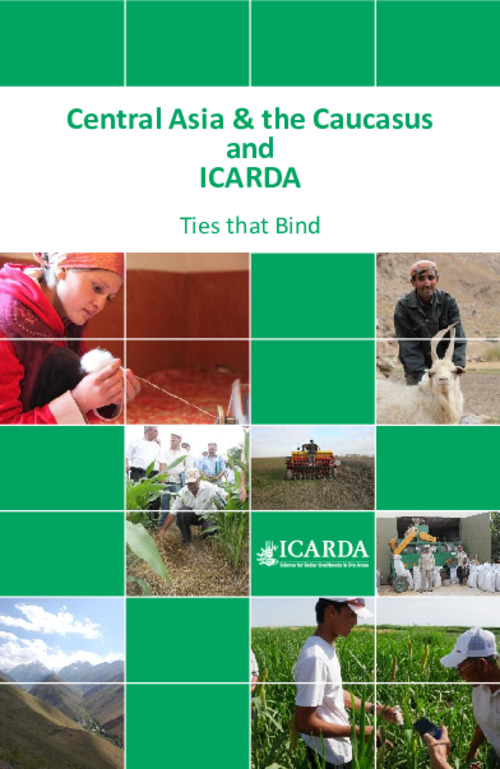 The Central Asia and the Caucasus (CAC) region is a vast area of desert, steppe and mountain. For centuries its people have battled against a difficult climate, characterized by low and unpredictable rain fall and extremes of temperature. During the Soviet era, the eight countries of the region served as a centralized system that exported produce within the USSR. The collapse of the Soviet Union resulted in the need for each country to develop a market-driven economy that promoted food security in the long term while responding to trends in global markets. After the initial phase of struggle for a decade, the countries are now growing economies, and on path to transition into 'standalone' market economies. However, CAC faces critical development challenges in the form of low agricultural productivity, land degradation, and diminishing already scarce water resources from melting glaciers. Climate change is worsening the scenario for particularly the agriculture sector with increasing variability, higher temperatures, changing hydrology, and extreme events predicted for CAC. An integrated natural resource management and food security strategy is critical for adapting to climate change, sustainable environment and equitable development in CAC. The CAC region is rich in plant genetic resources encompassing two centers of origin of crops. With a high bio-physical potential for agricultural development, CAC has an immense opportunity to sustainably increase its agro-pastoral productivity. Good institutional infrastructure, continued investment in collaborative research programs and scaling out the technologies and practices across the region can help in developing this potential and improve the livelihoods of the region’s vast rural population, as well protect its fragile agro-ecosystem.