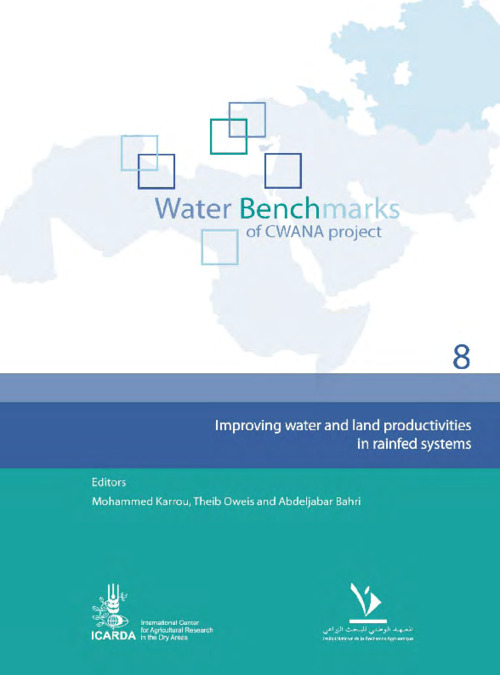 Climate change has led to more severe conditions throughout the world as well as in Morocco. In general, rainfall has declined and average temperatures have increased. These new rainfall patterns are threatening water supplies. Fluctuations and reductions in annual rainfall have led to severe and frequent droughts throughout the Central and West Asia and North Africa region. Consequently, water resources have become scarce. Increasing municipal and industrial demand for water has resulted in steadily decreasing allocations for agriculture. The major agricultural use of water is for irrigation, which is therefore most affected by decreasing supplies. Therefore, innovations are needed to increase efficiency in the use of the water that is available. The main objective of the project is the adoption by farming communities of strategies and tested technologies that optimize the conjunctive use of rainwater and scarce water resources in supplemental irrigation systems for improved and sustainable water productivity in rainfed areas. This requires the development of technological, institutional and policy innovations, using an integrated and participative approach, which is the specific objective of the research activities conducted at the benchmark site in Morocco. The project started in 2004 with an overview of previous research and on-farm trials on irrigation water management and water-use efficiency in Morocco. This helped identify the potential technologies to be tested. Then, based on agreed criteria, the benchmark site at Tadla was chosen and characterized by analyzing existing bio-physical data together with socioeconomic information collected during meetings and two participatory workshops, at which farmers and farmers’ associations were the main participants. The participatory workshops also helped identify the two representative communities of the Tadla irrigated area and the group of farmers with whom the on-farm trials were conducted. Research, dissemination and capacity-building activities were conducted from 2004/05 to 2007/08. To test and evaluate new techniques and technologies that can improve water productivity under supplemental irrigation systems, various on-farm trials were conducted.