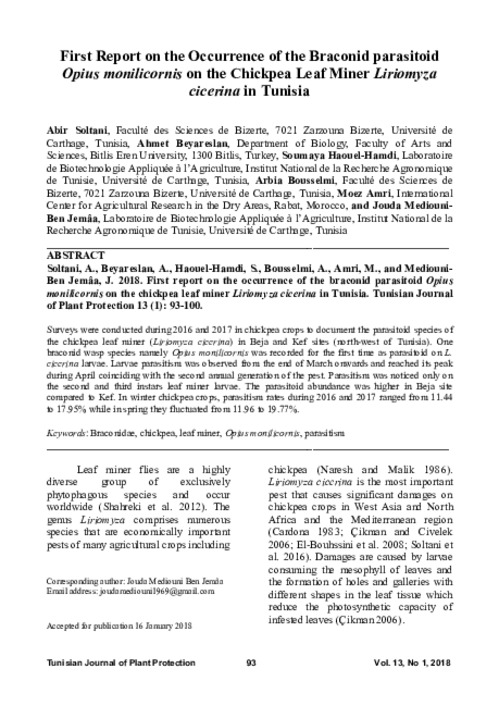 Surveys were conducted during 2016 and 2017 in chickpea crops to document the parasitoid species of the chickpea leaf miner (Liriomyza cicerina) in Beja and Kef sites (north-west of Tunisia). One braconid wasp species namely Opius monilicornis was recorded for the first time as parasitoid on L. cicerina larvae. Larvae parasitism was observed from the end of March onwards and reached its peak during April coinciding with the second annual generation of the pest. Parasitism was noticed only on the second and third instars leaf miner larvae. The parasitoid abundance was higher in Beja site compared to Kef. In winter chickpea crops, parasitism rates during 2016 and 2017 ranged from 11.44 to 17.95% while in spring they fluctuated from 11.96 to 19.77%.