Response of arid rangelands to deferred grazing in Southern Tunisia 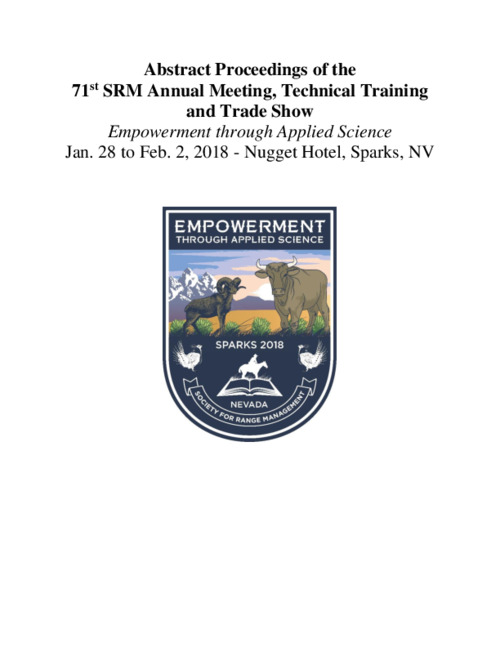 Rangelands in north Africa and the near east in general provide numerous goods and services that have great economic, social, cultural, and biological values. For centuries, inhabitants of rangelands have engineered pastoral and farming systems that have sustained their livelihoods in these harsh and dry environments. Unfortunately, these rangelands have undergone profound socio-economic changes where traditional grazing systems (transhumance and nomadism) which had historically allowed for grazing deferment were abandoned. Almost all rangelands are now grazed continuously without any restriction in space or in time. To address the negative effects of overgrazing and also the recurrent droughts, a study was carried out in southern Tunisia aiming at assessing the effect of deferred grazing on plant cover dynamics and productivity. Percent plant cover, species composition, plant density and rangeland production were estimated inside the rested sites (1 year, 2 years and 3 years), controlled grazing sites (one and 2 years after 3 years rested sites) and free grazed sites, considered as control. Preliminary results showed considerable positive effects of the applied restoration technique (rest). The 2 years resting followed by controlled grazing showed a speedy recovery of these degraded ecosystems. Such low cost restoration technique would be considered as an efficient option given the limited or even lack of financial resources to rehabilitate arid rangelands. In addition, it has the advantage of conserving the biodiversity, improving forage production, reducing feed cost and mitigating the negative impact of climate change.