Some Genetic and Non-Genetic Factors Influencing Fertility of Different Sheep Breeds In Highland of North-Shewa, Ethiopia 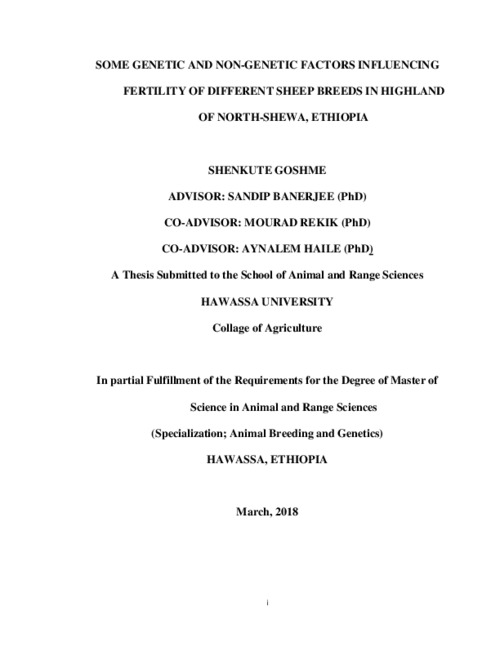