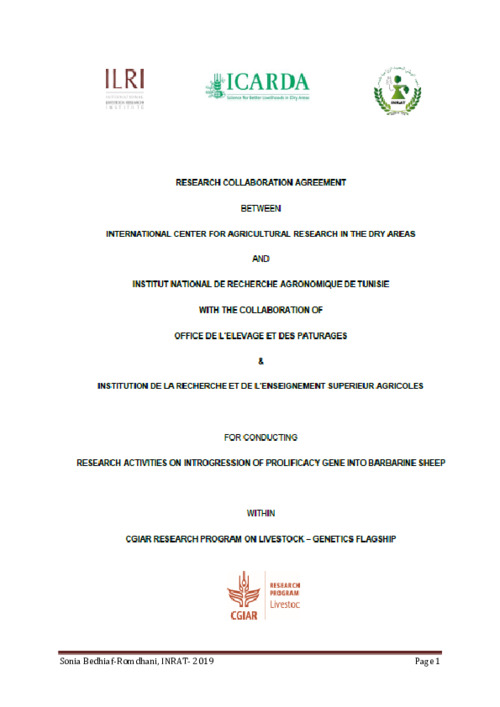 Naturally occurring mutations in growth and differentiation factor 9 (GDF9) or bone morphogenetic protein 15 (BMP15) genes are associated with increased ovulation rate (OR) and litter size (LS) but also sterility. Observing the Tunisian Barbarine ewes of the “W” flock selected for improved prolificacy, we found prolific and infertile ewes with streaky ovaries. Blood genomic DNA was extracted from a subset of low-ovulating, prolific and infertile ewes of the “W” flock, and the entire coding sequences of GDF9 and BMP15 were sequenced. Current report describes the plan of work for the introgression of the mutation into commercial flocks of the Barbarine sheep. This is a preliminary step for the establishment of a breeding program for the breed based on prolificacy.