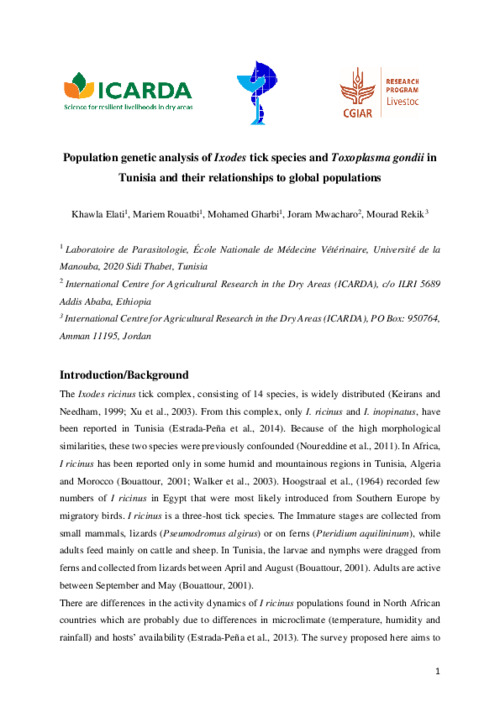 There are differences in the activity dynamics of I ricinus populations found in North African countries which are probably due to differences in microclimate (temperature, humidity and rainfall) and hosts’ availability (Estrada-Peña et al., 2013). The survey proposed here aims to investigate the activity dynamics of I ricinus, to identify the abiotic factors influencing its distribution and to perform a phylogenetic analysis of populations of the species found in Ain Draham forest. After estimating the serological and molecular prevalence in semen of natural infection by T. gondii in rams from different regions in Tunisia and with different reproductive history, the aim of this study was to characterize this parasite genetically and through phylogenetic analysis assess the relationship between T. gondii amplicons vis-à-vis the global haplotypes archived in the NCBI database.