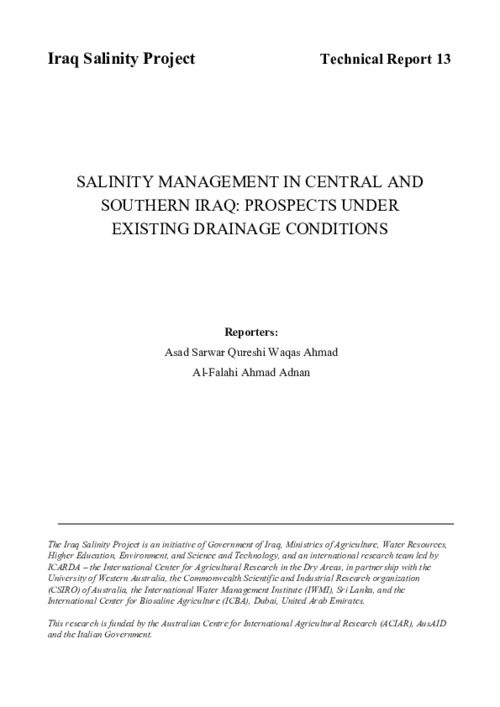 Excessive irrigation and poor drainage conditions have contributed to rising groundwater tables leading to salinity-induced land degradation in the irrigated areas of central and southern Iraq. Soil salinity problems have robbed the production potential of 70 percent of the total irrigated area of Iraq with almost 30 percent gone completely out of production. Most of the reclamation efforts in the past have concentrated on the installation of surface and subsurface drainage systems. These systems were installed about 40-50 years ago. However, due to neglect and poor maintenance, most of these systems have become either abandoned or non-functional. As a result, problems of soil salinity and groundwater table rise have emerged on large tracts of irrigated lands. This situation has threatened the sustainability of irrigated agriculture and future food security in Iraq.