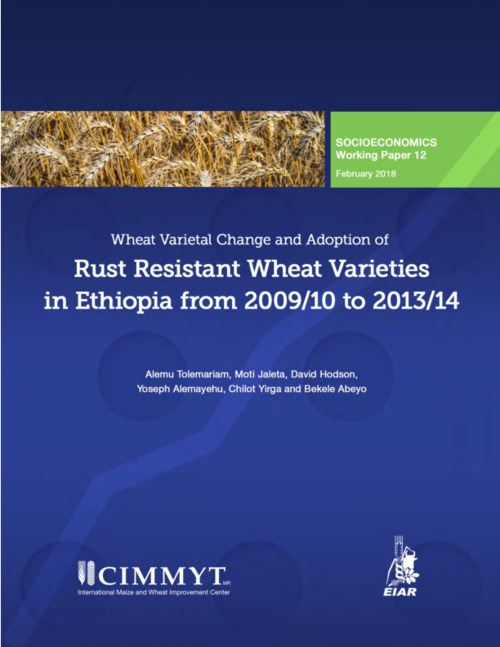 This study tracks wheat varietal adoption by farmers in Ethiopia from 2009/10 to 2013/14 and was based on two nearly identical national wheat variety adoption studies undertaken by EIAR and the International Maize and Wheat Improvement Center (CIMMYT) over a four-year period. A total of 2,096 households were surveyed in 2009/10 and 1,921 (all from the preceding survey) in 2013/14. Three potentially significant factors influenced Ethiopian wheat farmers during the four-year period between surveys. First, in 2010/11 one of the most devastating stripe (yellow) rust epidemics in recent times hit many of Ethiopia’s wheat growing regions. Second, on-going investments by national and international organizations helped to develop, promote, and popularize improved rust resistant wheat varieties. Third, a new stem rust race (race TKTTF) was detected in Ethiopia for the first time in 2012.