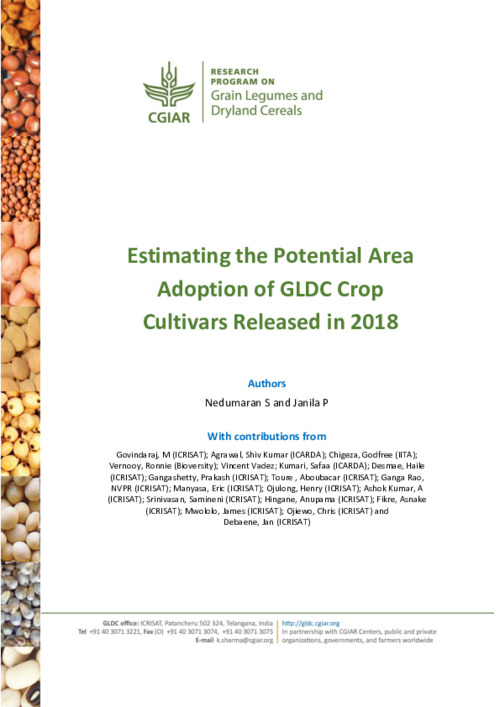 The CGIAR Research Program on Grain Legumes and Dryland Cereals (CRP-GLDC) has set aspirational targets to contribute to System-Level Outcomes (SLOs) on reducing poverty, improving food and nutritional security for health and improving natural resources systems and ecosystem services. Under SLO 1.1 (reduce poverty), the GLDC target is to reach 8.9 million and 21.7 million farm households that have adopted improved GLDC crop varieties released in the target countries, by 2022 and 2030, respectively. A robust impact assessment study is needed to track the adoption of new GLDC crop cultivars in order to provide evidence on targets achieved. Prior to the ex-post impact study, greater clarity is needed on the potential area that the GLDC cultivars released in 2018 will be adopted on or reach in the target countries. This brief presents the methods used to estimate the potential area adoption in 2022 by GLDC crops cultivars released in 2018 in the target environment and countries.