Molecular Mapping of QTLs for Heat Tolerance in Chickpea 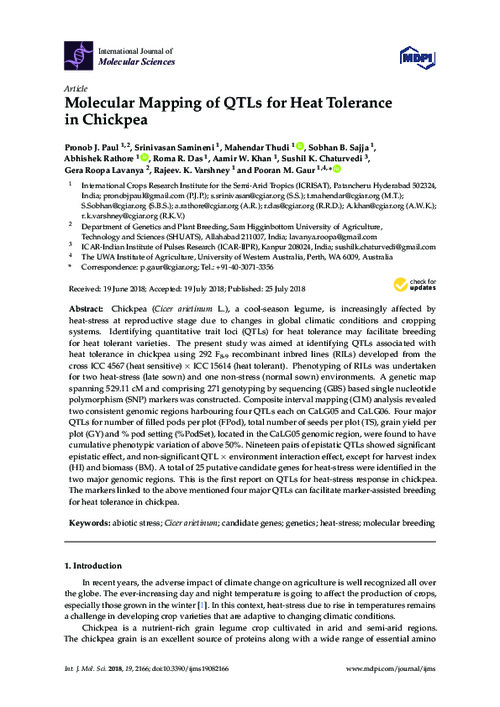