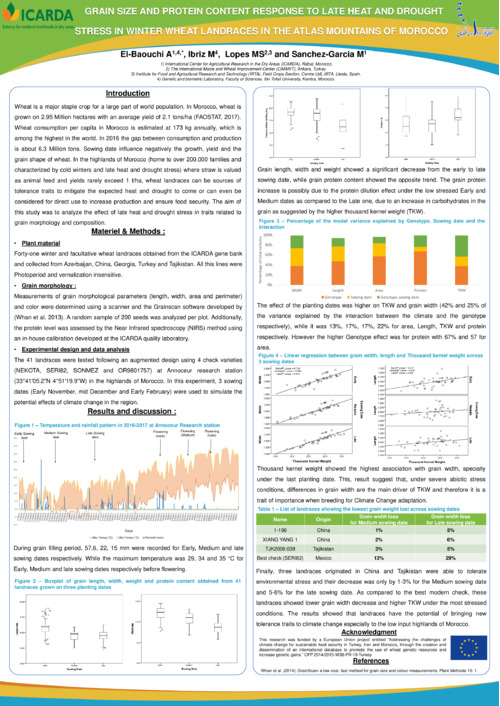 Wheat is a major staple crop for a large part of world population. In Morocco, wheat is grown on 2.95 Million hectares with an average yield of 2.1 tons/ha (FAOSTAT, 2017). Wheat consumption per capita in Morocco is estimated at 173 kg annually, which is among the highest in the world. In 2016 the gap between consumption and production is about 6.3 Million tons. Sowing date influence negatively the growth, yield and the grain shape of wheat. In the highlands of Morocco (home to over 200.000 families and characterized by cold winters and late heat and drought stress) where straw is valued as animal feed and yields rarely exceed 1 t/ha, wheat landraces can be sources of tolerance traits to mitigate the expected heat and drought to come or can even be considered for direct use to increase production and ensure food security. The aim of this study was to analyze the effect of late heat and drought stress in traits related to grain morphology and composition.