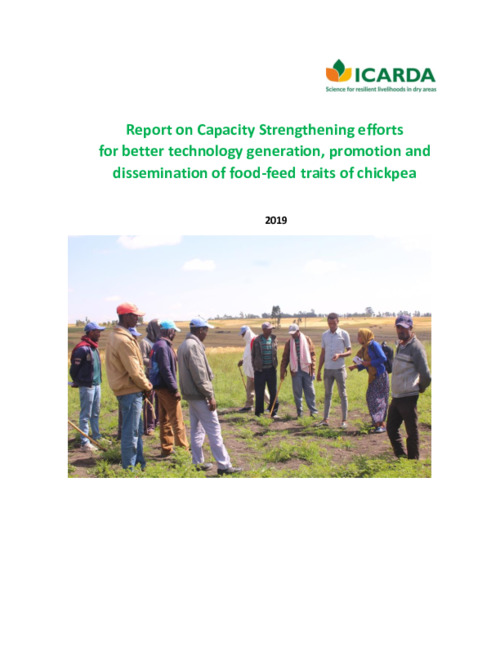 Participatory varietal selection of chickpea varieties for food-feed traits was undertaken during a field day held on December 23, 2019 at Adadi Bole Kebele in Chefe Donsa. Chefe Donsa is the administrative center of Gimbichu district in East Shewa zone of Oromia Regional State. Chickpea is an important food and cash crop for many households in wheat-based cropping systems of the Ethiopian Highlands, specifically in 3 regions, namely Amhara, Oromia and Tigray. Chickpea haulm (straw) is the main by-product produced after threshing of chickpea grain. The field day was organized to identify farmer preferred varieties and genotypes of chickpea with a focus on livestock feed. This field day is part of a larger study that seeks to determine how preferred traits of farmers for chickpea varieties relate to the feed nutritive quality of the varieties. 102 farmers (31 females, 71 male) participated.