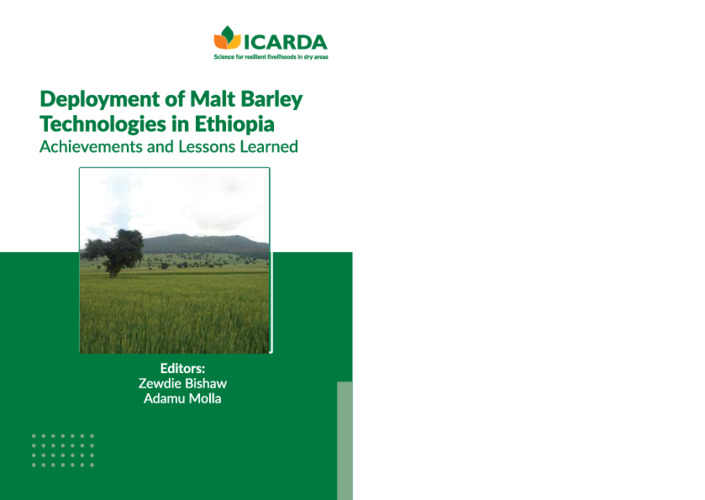 This Book is the outcome of the collaborative endeavors of diverse stakeholders addressing the challenges of seed systems and scaling of malt barley production in Ethiopia. It is the first of two forthcoming books, which focuses on malt barley. Ethiopia is one of the major Vavilovian centers of origin for many agricultural crops and a center of diversity for crops like barley. Generally, both food (six-row) and malt (two-row) barley are cultivated in the country. Traditionally six-row barley is predominantly grown as major food security crop in the extreme highlands where alternative cereals are absent or limited. It can also be used for preparation of local beverages such as tella (local beer) and areke (local spirit). Malt barley based on two-row is a recent introduction to meet the domestic malt demand of growing malt factories and breweries. The country has been significantly deficient in meeting the ever-increasing malt barley demand of local breweries from domestic production where the net import bill for malt barley continues to increase and projected to reach as high as US$420 million by 2025. Given the favorable environment and available improved malty barley technologies, farmers can cost-effectively grow malt barley to meet the rapidly growing domestic demand reducing import and improve their livelihoods through increased income.