A super-family of genes coding for secreted salivary gland proteins from the Hessian fly, Mayetiola destructor 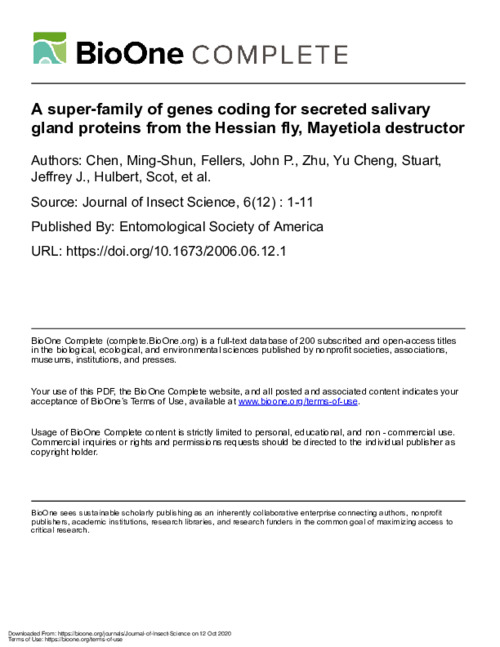 We have previously characterized a gene coding for the secreted-salivary-gland-protein 11A1 (SSGP-11A1) from the Hessian fly,Mayetiola destructor (Say) (Diptera Cecidomyiidae). Here we report the cloning and characterization of three new genes coding for proteins designated SSGP-11B1, SSGP-11C1, and SSGP-11C2, and their relationship with the SSGP-11A1-encoding gene. Based on their structural conservation, similar regulation, and clustered genomic organization, we conclude that the four genes represent a gene superfamily, designated SSGP-11, which originated from a common ancestor. Cloning, Southern blot and in situ hybridization data suggest that each of theSSGP-11 families has multiple members that cluster within short chromosome regions. The presence of a secretion signal peptide, the exclusive expression in the larval stage, and the clustered genomic organization indicate that this superfamily might be important for Hessian fly virulence/avirulence.