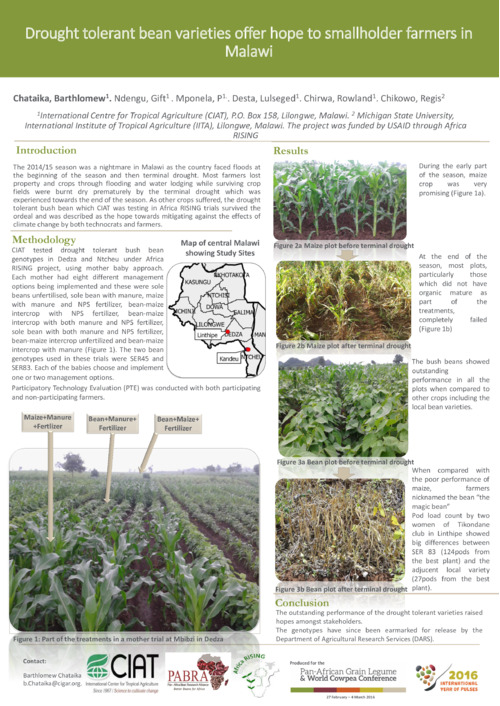 The 2014/15 season was a nightmare in Malawi as the country faced floods at the beginning of the season and then terminal drought. Most farmers lost property and crops through flooding and water lodging while surviving crop fields were burnt dry prematurely by the terminal drought which was experienced towards the end of the season. As other crops suffered, the drought tolerant bush bean which CIAT was testing in Africa RISING trials survived the ordeal and was described as the hope towards mitigating against the effects of climate change by both technocrats and farmers.