A Multivariate Analysis of Factors Affecting Adoption of Improved Varieties of Multiple Crops: A Case Study from Ethiopian Highlands 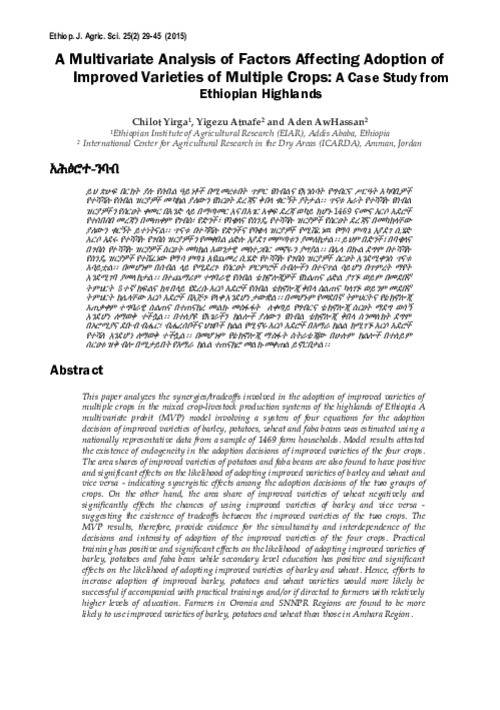