Using satellite data to insure camels, cows, sheep and goats: IBLI and the development of the world’s first insurance for African pastoralists 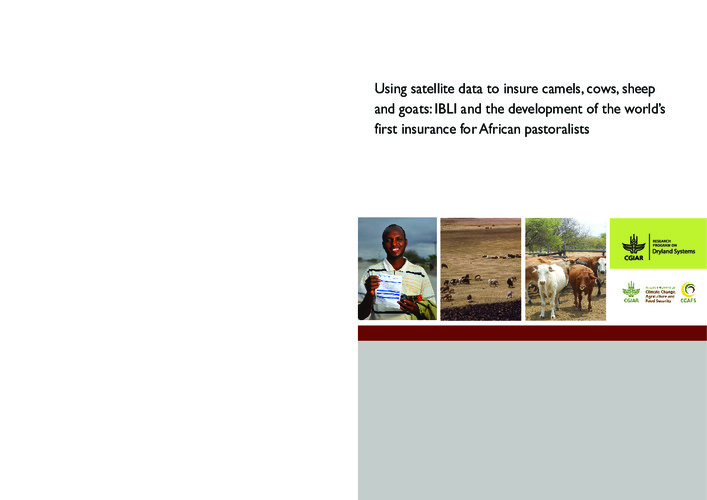 This sample size was distributed across the 16 sub-locations in Marsabit on the basis proportional allocation using the 1999 household population census statistics. There were only two exceptions to this rule: a minimum sample size of 30 households and maximum of 100 households per sub-location; to participate in a panel survey. The next step was to draw the actual sample. In all survey sites, a list of all inhabitants was developed with chiefs and local elders. The IBLI research team with the local enumerators went to each and every sub-location and in a painstaking process accompanied by local elders and assistant chiefs and wrote down names of all household heads. Other lists, such as food aid distribution, were also included or used to augment what was collected. In addition, key informants were asked to classify households into three wealth groups based on livestock holdings; 1. Low (less than 10 TLU9), 2. Medium (between 10 and 20 TLU), and 3. High (more than 20 TLU). For each sub-location, random sampling was stratified by wealth class. However, because in several instances there were too few among the high wealth category, all such households were included. The data available includes household-level information collected annually (beginning in 2009) for 924 households. Each household has been revisited annually to track the dynamics of change across a range of key variables. Household attrition-rate has been less than 5% annually. In each round of the survey, households were asked to answer questions about health, education, livestock holdings, herd migration, livelihood activities, income, consumption, risk preferences, market interactions, assets, and access to credit and many more aspects.