The Environmental Impact of not Having Paved Roads in Arid Regions: An Example from Mongolia 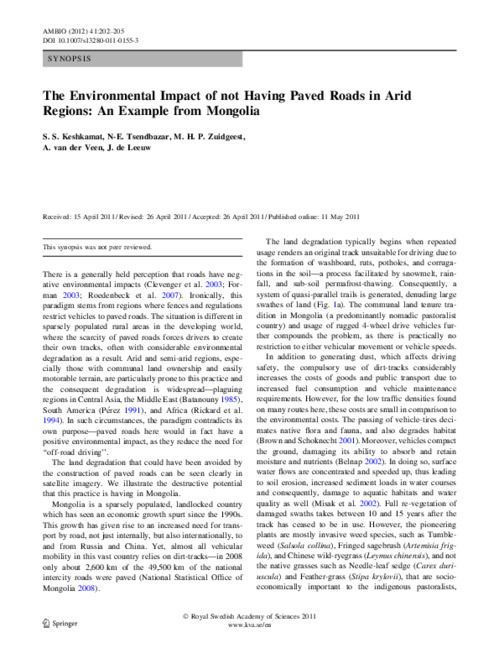 There is a generally held perception that roads have negative environmental impacts. Ironically, this paradigm stems from regions where fences and regulations restrict vehicles to paved roads. The situation is different in sparsely populated rural areas in the developing world, where the scarcity of paved roads forces drivers to create their own tracks, often with considerable environmental degradation as a result. Arid and semi-arid regions, especially those with communal land ownership and easily motorable terrain, are particularly prone to this practice and the consequent degradation is widespread—plaguing regions in Central Asia, the Middle East, South America, and Africa. In such circumstances, the paradigm contradicts its own purpose—paved roads here would in fact have a positive environmental impact, as they reduce the need for ''off-road driving''. We illustrate the destructive potential that this practice is having in Mongolia using satellite imagery.