A policy option for valuing irrigation water in the dry areas 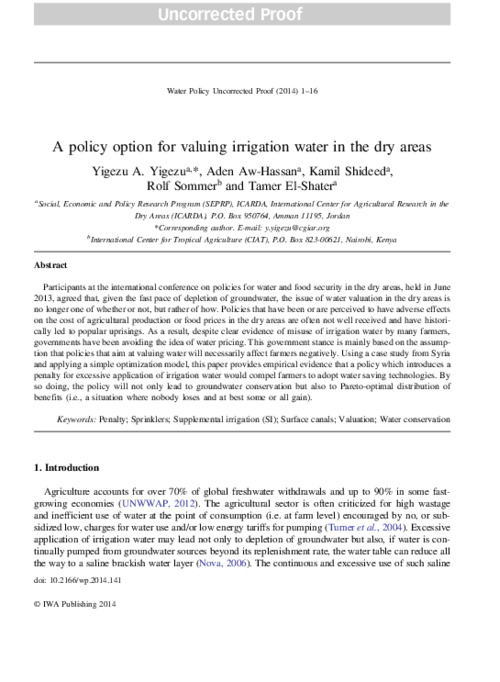 Participants at the international conference on policies for water and food security in the dry areas, held in June 2013, agreed that, given the fast pace of depletion of groundwater, the issue of water valuation in the dry areas is no longer one of whether or not, but rather of how. Policies that have been or are perceived to have adverse effects on the cost of agricultural production or food prices in the dry areas are often not well received and have historically led to popular uprisings. As a result, despite clear evidence of misuse of irrigation water by many farmers, governments have been avoiding the idea of water pricing. This government stance is mainly based on the assumption that policies that aim at valuing water will necessarily affect farmers negatively. Using a case study from Syria and applying a simple optimization model, this paper provides empirical evidence that a policy which introduces a penalty for excessive application of irrigation water would compel farmers to adopt water saving technologies. By so doing, the policy will not only lead to groundwater conservation but also to Pareto-optimal distribution of benefits (i.e., a situation where nobody loses and at best some or all gain).