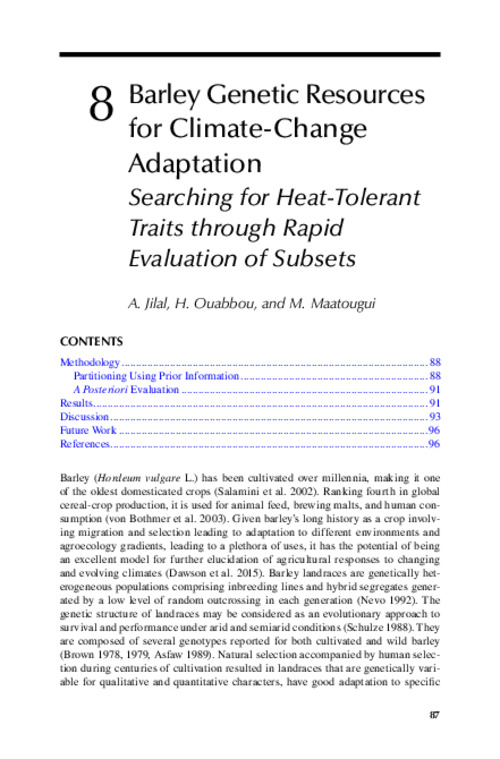 Barley (Hordeum vulgare L.) has been cultivated over millennia, making it one of the oldest domesticated crops (Salamini et al. 2002). Ranking fourth in global cereal-crop production, it is used for animal feed, brewing malts, and human consumption (von Bothmer et al. 2003). Given barley’s long history as a crop involving migration and selection leading to adaptation to different environments and agroecology gradients, leading to a plethora of uses, it has the potential of being an excellent model for further elucidation of agricultural responses to changing and evolving climates (Dawson et al. 2015). Barley landraces are genetically heterogeneous populations comprising inbreeding lines and hybrid segregates generated by a low level of random outcrossing in each generation (Nevo 1992).