Mechanization to Drive A Process for Fertilizer Subsidy Reform in Egypt 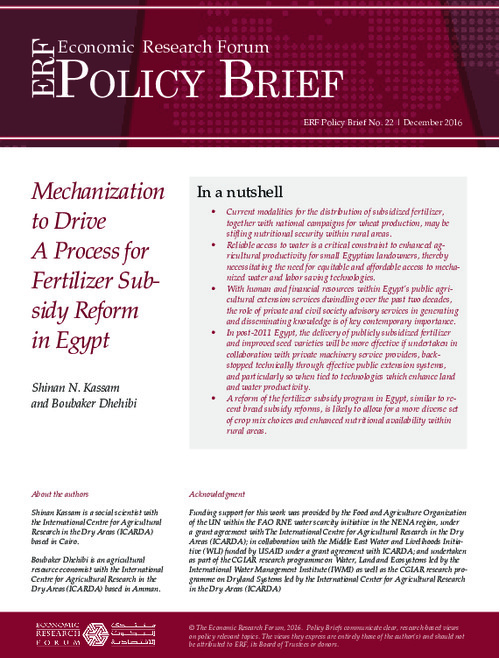 Publicly available estimates suggest that close to 30% of total employment in Egypt is generated from the agricultural sector (World Bank, 2016). In percentage terms, the figure is in line with many economies, both industrialized and developing. Considering population estimates of close to 90 million, the number of people (27 million) economically engaged within an arable land area equal to 3% of the total area is, however, overwhelming. Given cultural norms for inheritance, coupled with population growth, farm holdings have steadily decreased over time. With an average land parcel of 1 feddan (0.42 hectares), rural farm households are constrained in the efficient and effective use of commercialized machinery, and disputes over the sharing of irrigation water within public canals are not uncommon.