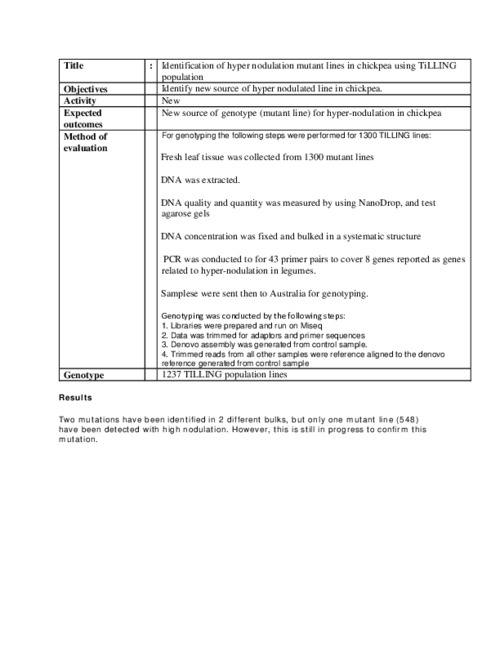 For genotyping the following steps were performed for 1300 TILLING lines: Fresh leaf tissue was collected from 1300 mutant lines DNA was extracted. DNA quality and quantity was measured by using NanoDrop, and test agarose gels DNA concentration was fixed and bulked in a systematic structure PCR was conducted to for 43 primer pairs to cover 8 genes reported as genes related to hyper-nodulation in legumes. Samplese were sent then to Australia for genotyping. Genotyping was conducted by the following steps: 1. Libraries were prepared and run on Miseq 2. Data was trimmed for adaptors and primer sequences 3. Denovo assembly was generated from control sample. 4. Trimmed reads from all other samples were reference aligned to the denovo reference generated from control sample