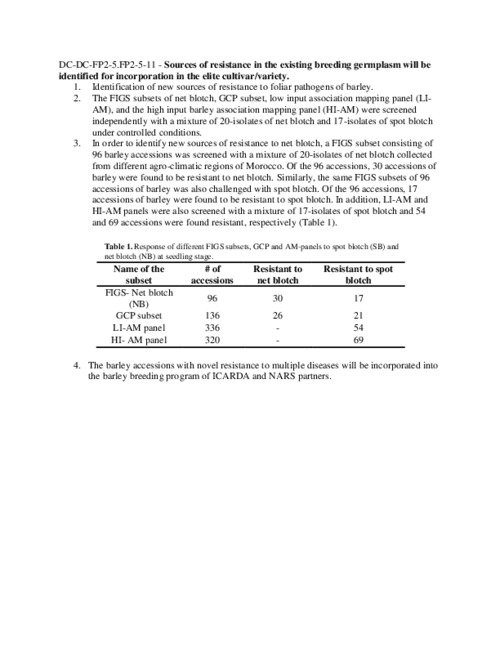 Sajid Rehman. (5/2/2017). Sources of resistance in the existing breeding germplasm will be identified for incorporation in the elite cultivar/variety.