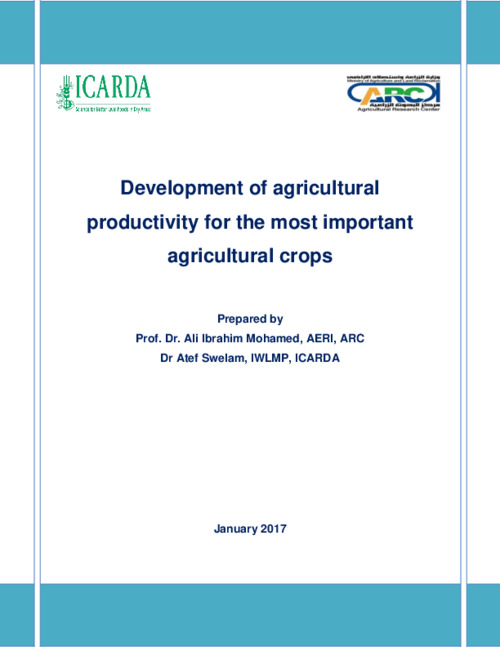 The sustainable economic development considers as the most important goals sought by the society in the Arab Republic of Egypt, which contains all the strategies and plans adopted by the state. Those strategies depend on two Axis, the first one is the horizontal expansion by increasing agricultural areas and new reclaimed lands added to the area cultivated currently, and vertical expansion by increasing Hectare productivity which is considered the most important axis regarding the limited agricultural land resource. This report concerns with the evolution of Hectare productivity of agricultural crops during the period (1985 - 2015) in order to identify the most important production changes, this report contains the main geographical areas in the Arab Republic of Egypt, Lower Egypt, Behera, Kafr-El Sheikh, and Sharkia, as it includes the most important Hectare crops, vegetable crops, medicinal, aromatic crops and fruit crops during different seasons (winter, summer and Nili).