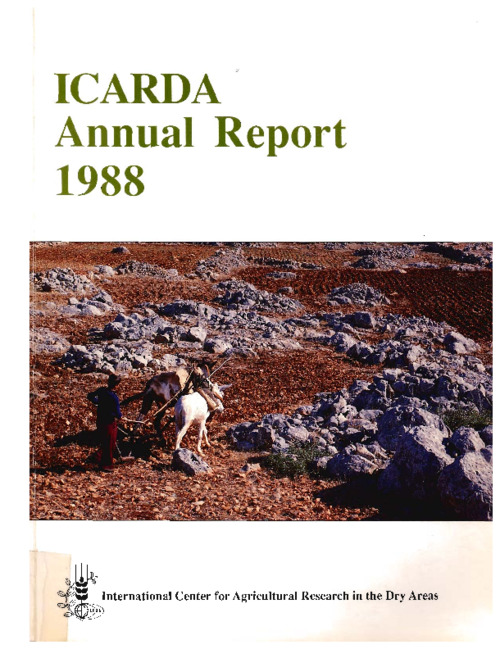 The 1988 Report strives to attain a balance between the two approaches. It is divided into two parts. Part One highlights the major developments in the Center's research conducted during the year with special reference to advances that could have practical implications to increasing food supplies. As the year also saw the Center's Second External Program and Management Reviews and the preparation of its Strategic and Medium-Term Plans. Part One also touches upon the major challenges confronting agriculture in ICARDA's region and the problems they pose to the Center's scientists, and gives a brief overview of the new thrusts in its work that are envisaged in its Strategic and Medium-Term Plans. Part Two is a summary of ICARDA's work which is reported upon in greater detail in separate Program Reports. This section is primarily addressed to the scientific community interested in familiarizing itself with the range and direction of the work being conducted by the Center.