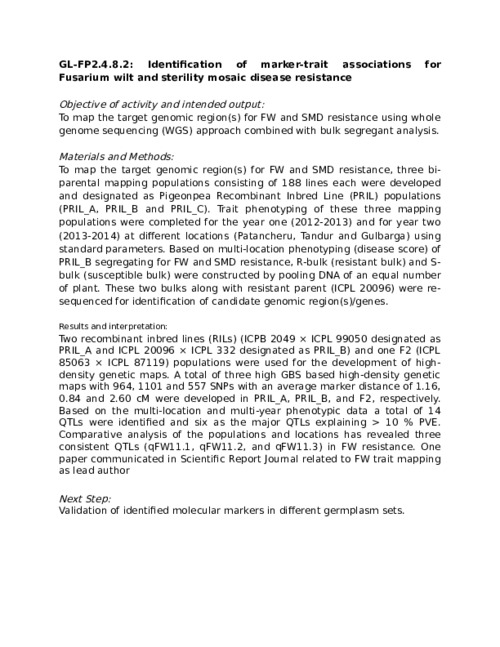 To map the target genomic region(s) for FW and SMD resistance, three bi-parental mapping populations consisting of 188 lines each were developed and designated as Pigeonpea Recombinant Inbred Line (PRIL) populations (PRIL_A, PRIL_B and PRIL_C). Trait phenotyping of these three mapping populations were completed for the year one (2012-2013) and for year two (2013-2014) at different locations (Patancheru, Tandur and Gulbarga) using standard parameters. Based on multi-location phenotyping (disease score) of PRIL_B segregating for FW and SMD resistance, R-bulk (resistant bulk) and S-bulk (susceptible bulk) were constructed by pooling DNA of an equal number of plant. These two bulks along with resistant parent (ICPL 20096) were re-sequenced for identification of candidate genomic region(s)/genes.