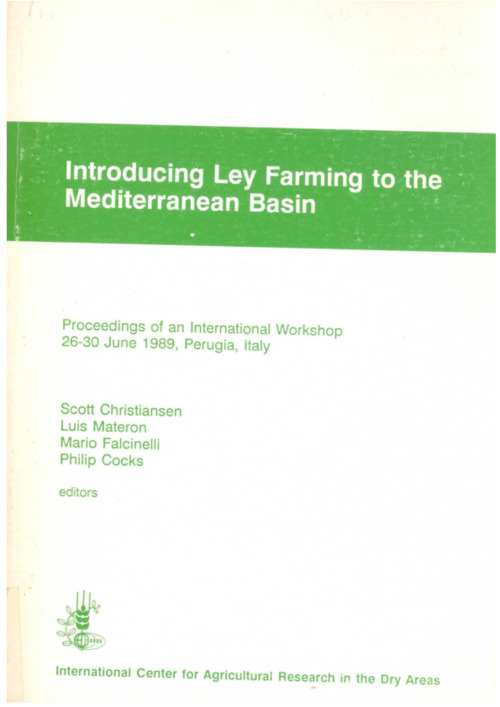 The research and analyses reported upon in This volume represent an authoritative compendium on ley farming in the West Asia North Africa (WANA) region. Work on introducing ley farming systems to WANA has been a collaborative undertaking. Between the 1950s and 1970s, efforts to introduce this technology met with limited Success. A major cause was the Location-specific nature of various components of the system and an approach based on its transfer, without adequate screening and testing of materials and practices, from developed to developing countries. The pattern was repeated in Algeria, Egypt, Iraq, Libya, Syria, and Tunisia. The fact that agricultural technology - including aspects of Iey farming technology, is Location-specific suggests that the International Centers alone are not equipped to undertake the task in every region of WANA. A partnership of all concerned is a prerequisite for success. The workshop, and this proceedings, represent an important step in the process of fostering such a partnership and building on already existing cooperative foundations.