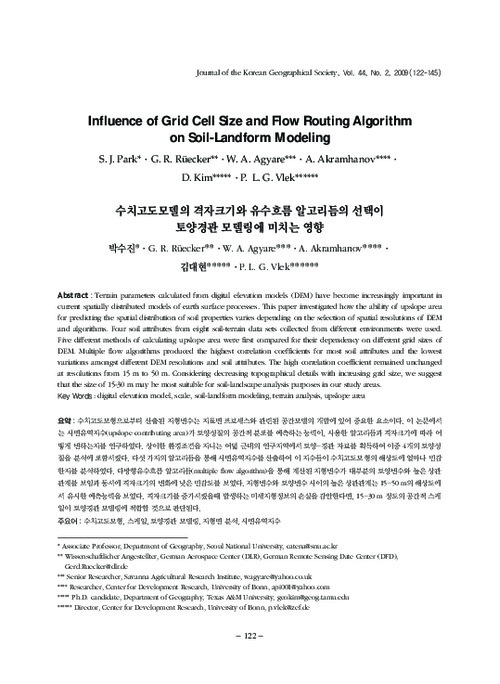 Terrain parameters calculated from digital elevation models (DEM) have become increasingly important in current spatially distributed models of earth surface processes. This paper investigated how the ability of upslope area for predicting the spatial distribution of soil properties varies depending on the selection of spatial resolutions of DEM and algorithms. Four soil attributes from eight soil-terrain data sets collected from different environments were used. Five different methods of calculating upslope area were first compared for their dependency on different grid sizes of DEM. Multiple flow algorithms produced the highest correlation coefficients for most soil attributes and the lowest variations amongst different DEM resolutions and soil attributes. The high correlation coefficient remained unchanged at resolutions from 15 m to 50 m. Considering decreasing topographical details with increasing grid size, we suggest that the size of 15-30 m may be most suitable for soil-landscape analysis purposes in our study areas