Bolivia–European Union Trade Agreement: Is It an Option for the Morales Administration? 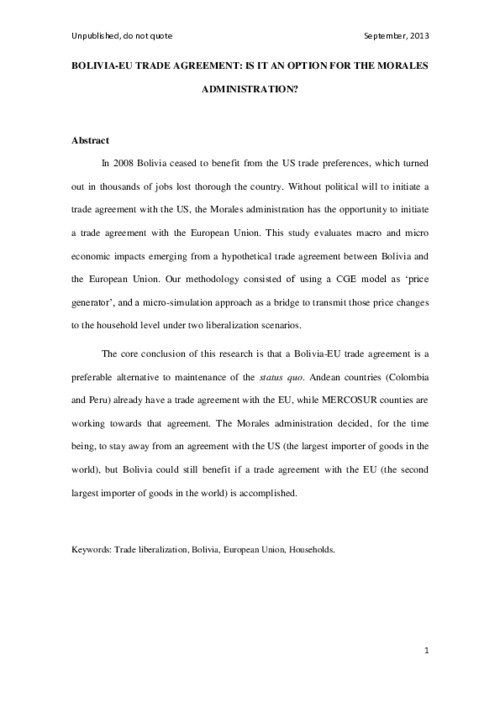