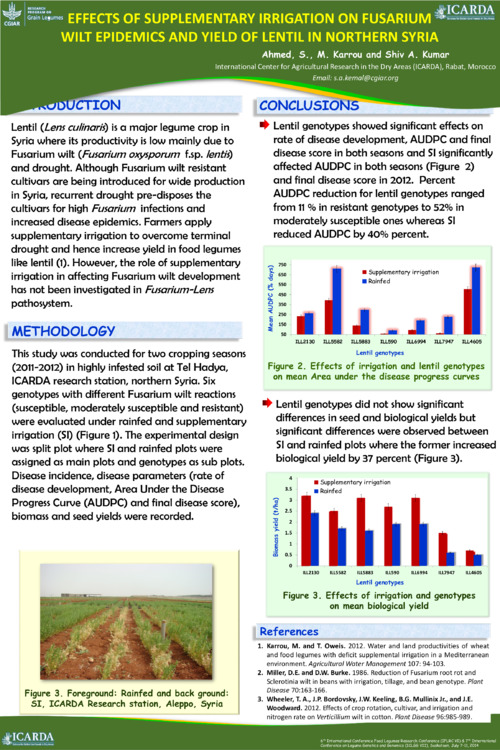 Lentil (Lens culinaris) is a major legume crop in Syria where its productivity is low mainly due to Fusarium wilt (Fusarium oxysporum f.sp. lentis) and drought. Although Fusarium wilt resistant cultivars are being introduced for wide production in Syria, recurrent drought pre-disposes the cultivars for high Fusarium infections and increased disease epidemics. Farmers apply supplementary irrigation to overcome terminal drought and hence increase yield in food legumes like lentil (1). However, the role of supplementary irrigation in affecting Fusarium wilt development has not been investigated in Fusarium-Lens-pathosystem.