Hypericin from Hypericum triquetrifolium in wild and under cultivation: variation revealed by genetic distance 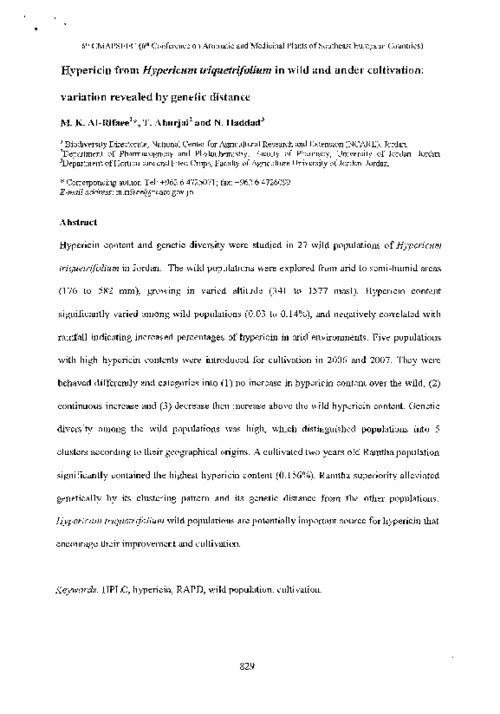